Serene, powerful, and enigmatic, the paintings of Juan Dolhare embody a universe of objects suspended in space and time. This suspension projects its self towards a semantic level. Deterritorialized and devoid of context, these objects seem to only rest on the gravity of their convincing presence. And just in it. Their meaning is as poorly defined as the outline of the gray-bluish fogs that inhabit those immutable depths. The objectual inventory is as reduced as the chromatic palette that brings life to this cosmology of metaphysical hue. A perverse chiaroscuro confers realism and depth to improbable artifacts that stand out on clear-cut areas.

Some graphics resources - surfaces of color, lines, and geometric shapes - contribute their share of estrangement to these compositions that operate within the limits and artifice of plastic representation. However, some elements carry a symbolic, religious or mystical charge that powerfully captivates attention. Then, there is some kind of meditation about the sacred that justifies serenity, stillness and silence. An atmosphere that is not only pictorial but also reflective. An invitation to lose ourselves in the forms: with eyes, spirit and sensitivity. 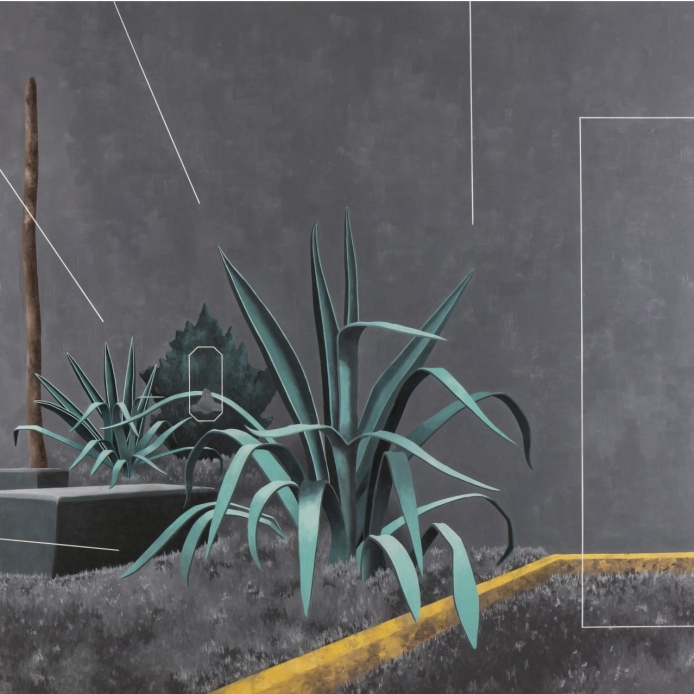