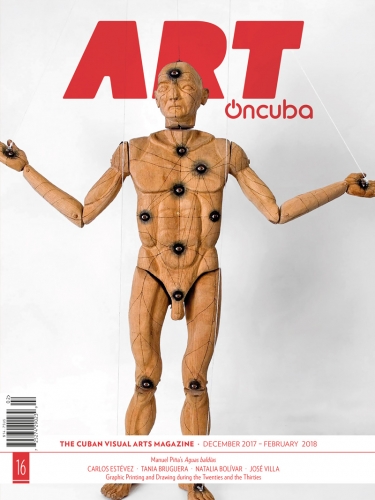 The thesis about the vision of the world as a theater started with the ancient Greek thinkers, especially in Plato’s thoughts about similarities between human beings and puppets and about similarities between life compared to comedy and tragedy. This philosophy has leaked through to the contemporary world with the Latin phrase Theatrum Mundi, meaning The Theater of the World. The phrase is attributable to John of Salisbury, a 12th century humanist, reflected in his book Policraticus (o Statesman’s Book) (…) This document is likewise considered the origin of the slogan of the Globe Theatre [1599–1642], built by William Shakespeare, a venue where he presented his famous plays. (…)

This notion about the world also inspired Spanish Baroque style writers, such as Pedro Calderón de la Barca (1600–1681), who entitled one of his plays The Great Theater of the World (1655). The basis of this concept was the existence of an omnipresent God, who guided and leaded the existence of human life, so, the world was just a scenario, where human beings lived according to a supreme being.

This is a recurrent topic in Carlos Estévez’s work (La Habana, 1969) (…) The first installation by Estévez, about the concept of the world as a theater was La Verdadera Historia Universal (1995), exhibited in the First National Hall of Cuban Contemporary Arts, the very same year, and later exhibited in the National Fine Arts Museum in Havana. (…)

One of the essential and traditional components of popular theater has been puppets, indicating lack of control, since they are manipulated by invisible beings from a superior space. Estévez took the communicative strength of the metaphor to convey the concept of the pre–established destiny. The artist has used the concept through his artistic production and it has visually constituted a trademark for his work. We can mention examples from the early period, in sculptures created by the end of the 1990s, like Designios del Espiritu (1997) and Visionario (1998), representing human beings a puppet, manipulated by strings.

(…) The concept of theater as a scenario and to contain a determined idea, was the basis for a series of pieces between 2007 and 2008, consisting of “boxes” exhibited under the name of Hermetic Garden, in his personal exhibition in the Pan American Art Projects, Miami, 2008. Each was a small scenario, a micro cosmos on a greater scale, representing the total exhibition. (…) These pieces are relics containing keys to understand the artist and his works, where he mixes elements from his daily life and prior selected elements.

From this group, perhaps Theatrum Mundi (2008) is the piece that summarizes the notion we are analyzing in his artistic production, since the title refers us to the concept. We might say he approaches a vision similar to La VerdaderaHistoria Universal, a predecessor in formal terms for representing tridimensional theater almost literally. However, conceptually he puts aside social and political views to examine more philosophical circumstances, such as the lack of control of human beings over their destiny. This idea is visually represented by six harlequins, meaning the two sides of life: comedy and tragedy, the dual nature formulated by Plato in the aforementioned dialogues.

The thesis about lack of control in life is based on the idea of God as an architect who builds and controls the destiny of all human beings. While exploring this, Estévez presents the philosophical dichotomy between will and destiny, the endless enigma about their existence and about which of them prevails. (…)