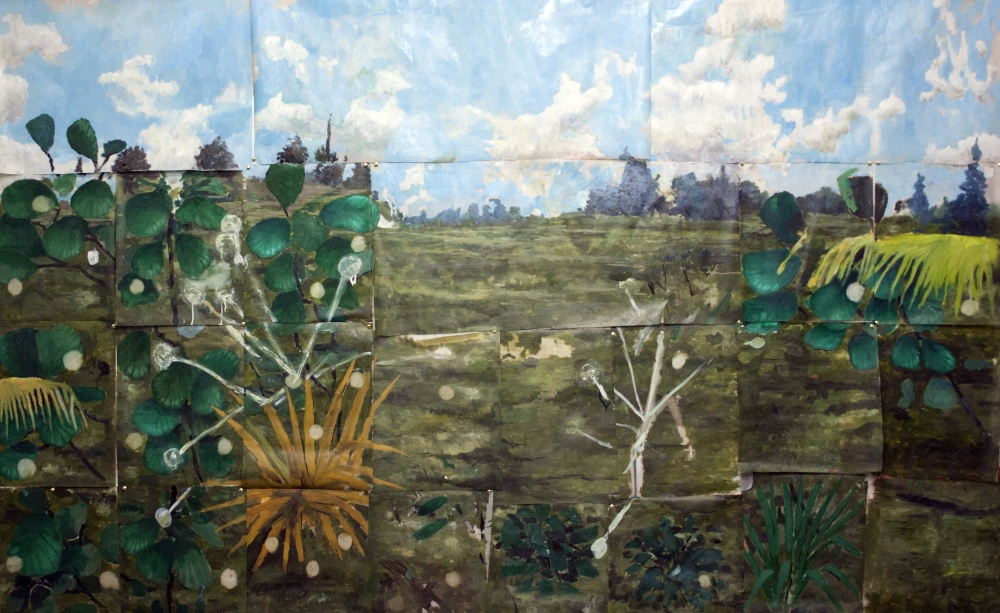 Encinitas, CA - Lux Art Institute welcomes Argentinian artist Santiago Quesnel for his first exhibition on the west coast.  Quesnel's layered landscapes breathe with the humid atmosphere of his native Buenos Aires.  These many layered visions, compressed memories, home-made photographs and images found on the internet all congeal on the canvas into Quesnel's world. It's the humid warmth of the fog, the pulsating air, the heat of this environment he produces that makes living with his work such an exotic pleasure.

Santiago Quesnel is an Artgentinian artist living and working in Buenos Aires.  Though he began his university career in filmmaking, Quesnel soon switched to painting, studying alongside Jorge Dermigian and Hector Destefanis and participating in work clinics with Tomás Espina and Fabián Burgos. When his studies were complete, Quesnel initially pursued a career in investment banking, soon realizing that his talent and passion in the visual arts were greater than the material success the banking profession afforded him.  For this reason, he returned to painting and now, as an emerging artist in the growing arts scene of Buenos Aires, Quesnel has had solo exhibitions at the Centro Cultural Recoleta, the Galería Jardín Oculto, the Galería Bacano and La Casa de Tucumán. His works can be found in private collections in France, England, the United States, Argentina and Uruguay.

Lux Art Institute is redefining the museum experience with the region’s only artist-in-residence program that invites artists to live and work on site while producing a commissioned work of art.  Lux is committed to making art more accessible and to inspiring creative thinking.  At Lux, visitors don’t just see finished works of art, they see the artistic process firsthand by observing internationally recognized artists in a working studio environment.